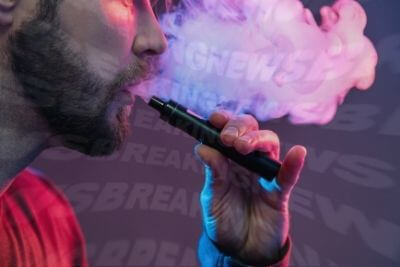 The Latest Research on Vaping

What have you heard about vaping recently? What’s the latest from the scientific community regarding e-cigs and their relationship with smokers seeking a smoke-free future? Let’s take a quick look at the latest research on vaping and how, if you’re still smoking, vaping may prove to be a crucial tool as you look to
quit smoking.

It’s true. The media have the tendency, at times, to sensationalise news items to create headlines, thus attracting a wider audience, which leads to a subsequent increase in advertising revenues procured by companies wishing to make themselves known to said audience. While vaping has helped millions of smokers quit smoking, the nature of vaping a nicotine-based aerosol together with the unknown long term health consequences makes vaping a reasonably easy target for the mass media to take information and run a million miles with it. If you’re a smoker who was keen to explore vaping as a way to stop smoking, the kinds of headlines that might typically feature in the news are enough to make you think again about using e-cigs. But who’s telling the truth and what are the facts? Let’s take a look.

Is Underage Vaping a Problem in the UK?

You may have read something along the lines of an underage vaping epidemic of biblical proportions taking place in the US. Citing the range of fruit flavoured vapes with names that appeal to teens, the US has recently removed many flavoured e-liquids from the marketplace in order to stem any further surge in numbers. However, here in the UK, it is quite a different story and a relatively positive one at that.

While in the US, the number of underage people who vape in the US is estimated to be 5 million, here in the UK numbers remain relatively low with just 15.4% of 11 – 18 years olds who have tried vaping. That percentage is a decrease from the previous year, where 16% had tried e-cigarettes. Meanwhile, the number of young people who try smoking traditional cigarettes is also declining.

If you’ve seen stories in the news about e-cigs and heart disease, it’s feasible that they may have some negative connotations. More than likely stemming from a controversial study that found vaping to have the same risk of heart disease as smoking, the journal that published the study had to remove the paper due to some serious oversights. The oversight in question was the fact that almost all the vapers included in the study were current or former smokers.

While the long term health consequences of vaping are yet to be discovered, the scientific community is making some encouraging progress with the effect e-cigs have on the heart, one such avenue that is being keenly explored. A recent trial of those who switched from smoking to e-cigs experienced improved vascular health, which bodes well for further studies. Watch this space.

As per Public Health England’s (PHE) recent report into the state of vaping, e-cigarettes are still up to 95% less harmful than smoking. Posing much less of a risk compared to smoking traditional cigarettes, negative headlines associated with vaping only work to undo the positive impact that vaping has on ex-smokers’ lives. This is sadly evidenced by PHE’s sixth independent e-cigarette report published this year, that shows the concerning upward trajectory of the number of smokers who wrongly think that vaping is more harmful than smoking.

Smoking is the single most significant preventable cause of death in England, accounting for 16% of all adult fatalities. Encouragingly, vaping has helped millions of smokers successfully quit, and in turn, lead healthier lifestyles.

If you smoke or know someone that smokes, then now is the time to ditch and switch to e-cigs. Sure, new things can be scary sometimes, but vaping is easy, and with a little will power, you’ll soon realise the positive impact that being smoke-free can have on your life. By investing in a simple starter pack, you’ll have all you need to start vaping and stop smoking.