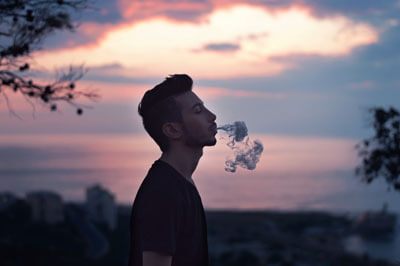 Stop Smoking And Start Vaping In 2021

As we re-start the year and look forward to another 12 months, if you’re still having the occasional cigarette or know someone that smokes, it’s feasible that you may experience that annually recurring thought about finally attempting to stop smoking. That’s a tough challenge which requires a great deal of will power to overcome. Especially when you consider the addictive nature of cigarettes. While nicotine can also be present in vaping (which is up to the user as you can choose the level), you can forget about the thousands of bad chemicals which exist in cigarettes. If you decided to skip the resolutions side of things this year, a new video published by Public Health England (PHE) might make you think twice about the idea of lighting up and switching to vaping.

Released as part of PHE’s Health Harms campaign, which sets out to encourage smokers to stop smoking and vape we are presented with some pretty shocking imagery. The video below is a simple but devastating reminder of the damage of smoking cigarettes and inhaling heated tobacco relative to vaping.

Smoking vs Vaping: the Evidence

Conducting the experiment, Dr Lion Shahab and Dr Rosemary Leonard compare a month’s worth of smoking to vaping. Using glass chambers filled with cotton wool buds, we see a huge contrast between the contents of each jar. As the video from PHE highlights, there is a clear difference between the smoke from cigarettes and vapour from e-cigarettes.

During the experiment, cotton wool exposed to cigarette smoke changes colour completely. The cotton quickly turns to a thick black, brown and yellowed residue. This sticky substance is the tar that’s caused by heating tobacco. Once that reaches the lungs and spreads throughout the body, it creates all sorts of illnesses. This unfortunately leads to different types of cancer. Deaths from smoking alone reach roughly eight million per year globally, which highlights the issue to stop smoking at hand.

In comparison, the vaped buds show only minor damage. You can see a huge difference, with only one bud discoloured. Doctors Leonard and Shahbab explain there is only mild dampening in the centre of the combined cotton buds. The video provides a startling wake-up call that’ll make you think twice about holding off on your new year’s resolutions.

Whilst e-cigarettes have not existed long enough to determine the long-term effects that vaping may have on the body, Public Health England declared vaporiser devices such as ‘cigalikes’ and vape pens to be up to 95% less harmful than smoking tobacco products and that they have the potential to help smokers quit.

In England, around 6 million smoke cigarettes in comparison to an estimated 2.5 million vapers. An updated 2020 survey conducted by Ash found that of some 6 million smokers, only 39% correctly believed that vaping is less harmful than smoking. Of equal significance, between 2016 and 2019 around 25% of the population still believed vaping was as harmful or more harmful than smoking. This changed dramatically in 2020 where the inaccurate misconception that vaping is more harmful than smoking rose to 37%! This was due to the media widely, but incorrectly, reporting on some deaths that occurred in the US, siting vaping as the cause. Subsequently it was found that this was reported incorrectly and that the real cause of the deaths was the use of cannabis that contained vitamin E acetate and was nothing to do with vaping nicotine eliquids. However the public misconception had already formed.

“The proportion of current smokers who have never tried e-cigarettes who believe they are more or equally harmful as cigarettes has increased by 15 percentage points between 2019 and 2020 from 27% in 2019 to 42% in 2020.” Source: Ash Adult vape report 2020

The UK Government and medical experts have issued a number of articles to clarify many false fears related to vaping in an attempt to ensure the public are correctly informed.

“The false belief that vaping is as harmful as smoking could be preventing thousands of smokers from switching to e-cigarettes to help them quit. I hope this illustrative experiment helps people see the huge damage caused by smoking that could be avoided by switching to an e-cigarette”.

Smoking leads to 77,900 (16%) of deaths in England every year. It’s the biggest preventable killer too in the UK, so it’s important to not just stop smoking but spread the message far and wide. A lack of education and misinformation about vaping is creating a stumbling block. It’s preventing many smokers from making the switch. This is despite the backing of vaping from organisations like the NHS and PHE. What’s needed is more videos like this from medical experts. It will help to demonstrate the huge contrast between smoking cigarettes and vaping.