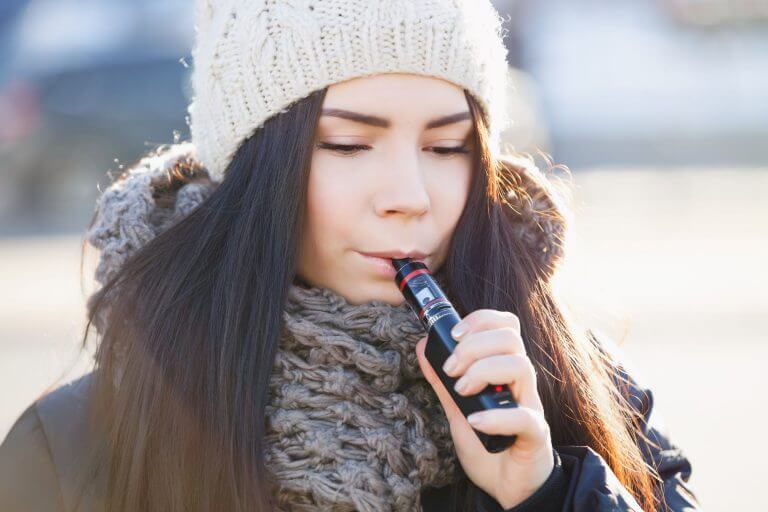 Are more Teens Taking Up Vaping?

Many of the arguments around e cigarettes by anti E-cigarette groups simply don’t stack up when set against the facts. However the ‘anti’ vape groups have always found an argument that is difficult to challenge and if true would potentially damage the reputation and future of vaping, up to now!

That argument is based on the premise that:

Young people are likely to take up vaping where they probably would not have taken up smoking, resulting in nicotine addiction via e cigarettes by young people and adolescents

The advent  of vaping is a relatively new occurrence and this argument, however accurate or inaccurate is very difficult to prove one way or another and so was always going to be the back-bone of the “anti” e cig campaign. On the face of it this argument seems that it may hold water, it is emotive and what better way to thwart the “pro vapers” than to suggest the young in our society will pay a price?

According to researchers, when vaping became more main stream e cigarette use grew from almost nothing late 2010 to “one of the most common forms of adolescent substance use by 2015“. This type of information should cause alarm bells to ring but also needs to be viewed in context. For example would the same group of adolescents have chosen tobacco if e cigarettes were not available? The lesser of two evils perhaps? In any event the enquiring mind would certainly want more evidence, any type of addiction is certainly an issue and if that addiction involves young people it should be even more of a concern.

In the USA the University of Michigan’s Monitoring the Future Study has for over 40 years tracked the trends in the use of substances by students aged 13 to 17. This involves surveying around 50,000 students in 400 private and public secondary schools within the USA.

The most recent Monitoring The Future study concludes that from 2015 to 2016 there has been a statistically significant decline in adolescents who had “vaped in the past 30” days. Within this group of young adults the decrease was in some cases up to a 25% decline.

Adolescents associated slightly greater potential harm with vaping in 2016 than they did the previous year, although overall they don’t see them as particularly dangerous to use.

It may well be that “back in the day” vaping appeared cool and now it is considered more main stream – the youth have moved on to some newer trend!

In any event the anti vaping community may well need another line of attack! In early December 2016, abc News reported that the Surgeon General Vivek Murthy said “My concern is e-cigarettes have the potential to create a whole new generation of kids who are addicted to nicotine”. His statement was made prior to the release of the University of Michigan’s Monitoring the Future Study.

This review site is pro-vaping and will continue to be so unless significant hard evidence proves otherwise. However at this time fact based evidence is stacking up in favour of vaping, we will continue analysing the vape market to bring only the best e cigarettes available and proper vape products to the attention of our readers.